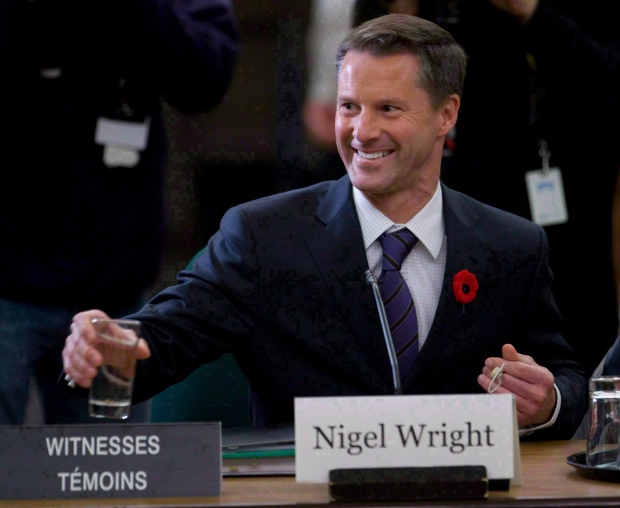 Nigel Wright, former chief of staff for Prime Minister Stephen Harper, appears as a witness at the Standing Committee on Access to Information, Privacy and Ethics on Parliament Hill in Ottawa on Tuesday, Nov. 2, 2010. (The Canadian Press/Adrian Wyld)

OTTAWA -- A spokesman for the prime minister says his office is working with the ethics commissioner's investigation into a $90,000 cheque cut by Stephen Harper's chief of staff to help a Tory senator.

Duffy has resigned from the Conservative caucus to sit as an independent amid a controversy over his housing expense claims.

He paid back some $90,000 in expenses after Wright gave him the money.

That cheque would appear to violate ethics rules that prohibit senators from accepting gifts.

MacDougall says Wright will remain in his job.