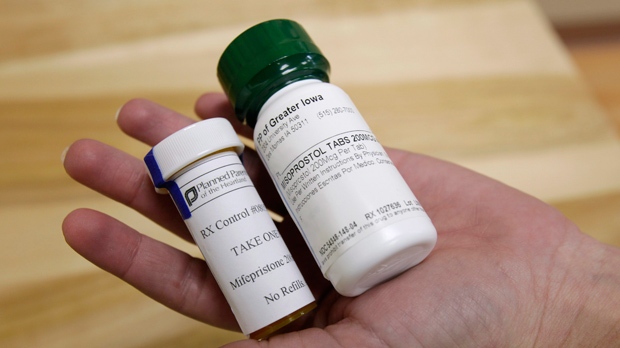 OTTAWA - A published report says Health Canada has approved the use of the abortion pill commonly known as RU-486.

The Huffington Post Canada quotes an unnamed government source as saying the drug -- mifepristone -- will only be available through doctors and will be sold under the brand name Mifegymiso.

Huffington Post says the decision was made on Monday and Linepharma International Limited -- the drug's manufacturer -- was notified of the decision on Wednesday.

RU-486 has been available for 25 years in France, where the drug was invented.

It has been available in Britain since 1991 and in the United States since 2000. Women in 57 countries have access to the drug.

It can be used within the first nine weeks of a pregnancy and Canadian reproductive medicine experts have called it the best known option for abortion.