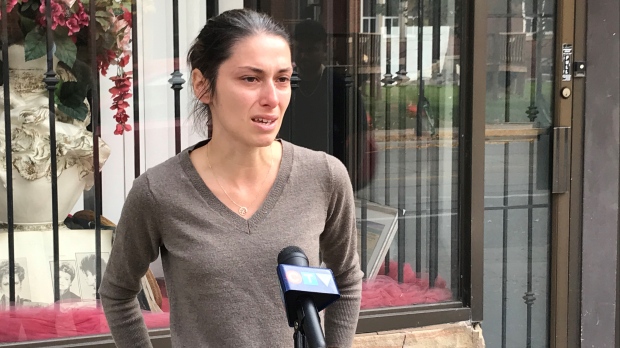 The daughter of a couple who were killed in a collision in the Roncesvalles area earlier this week says her parents deserved better than the end they got.

“My dad is such a loving soul, and he didn't deserve to die this way, not this way,” Ashley Avila told CTV News Thursday.

It was on Tuesday evening when her parents — 71-year-old Valdemar Avila and 69-year-old Fatima Avila — were involved in a deadly collision on Parkside Drive, near Spring Road on the east side of High Park.

According to police, a 38-year-old man was driving a BMW 320i along Parkside Drive at a high rate of speed at around 4:40 p.m. when the vehicle collided with the couple’s 2003 Toyota Matrix, which was sitting in traffic.

The force of the collision created a chain reaction and impacted three other vehicles, police said.

Valdemar was pronounced dead at the scene while Fatima was rushed to hospital where she died a short time later.

Three other people — including the driver of the BMW — were injured in the crash but survived.

“Life was cut short for them,” she said. “They don't get to see my kids grow up anymore. My kids may not even remember because they're so young.”

The family had just celebrated Thanksgiving together the day before the crash. 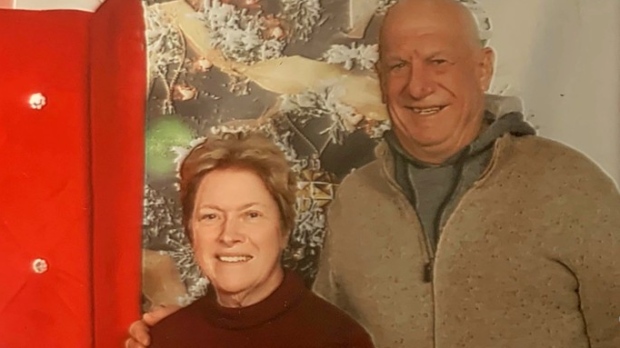 Well-known members of the Little Portugal community, Fatima had run the Salao Leal Beauty Salon on Dundas Street West since the mid-70s until shutting down during the pandemic.

“People waited for her for hours to get their hair done," Avila recalled of her mother.

She said her father, a roofer, had no plans to retire and was known for his generosity.

“If they needed food, he would buy groceries for them,” she said.

The couple was on their way to Costco to get a prescription filled when their vehicle was rear-ended. They had been on the phone with their daughter moments beforehand.

“Fifteen minutes after that conversation he was gone,” Avila said.

Now she is left with the pain of the loss and questions about why it happened.

Area residents have expressed anger over the collision and have said that they have been calling for traffic-calming measures in the area for years.

“Why, why isn't it made a priority when it's such a big destination point for pedestrians,” area resident Tatiana Rivers said. “Lots of schools in here. Lots of bikers, no bike lanes. Like, it's a deathtrap.”

The posted speed limit is 50 kilometres per hour, but vehicles can regularly be seen zooming up and down the street much faster than that.

In a statement to CTV news Wednesday, the city said that staff are “reviewing” the area to see if traffic-calming measures are appropriate.

“City staff responded immediately to this collision and are currently conducting a safety review to identify any immediate deficiencies at this location to prevent similar tragedies in the future,” Senior Communications Advisor Alex Burke wrote.

No charges have been laid in connection with the collision so far.

Fatima Avila and Valdemar Avila were killed when a BMW hit them from behind while they were sitting in traffic on Tuesday. (Supplied)