Housing, children, privacy to feature in leaders' plans on Day 7 of campaign 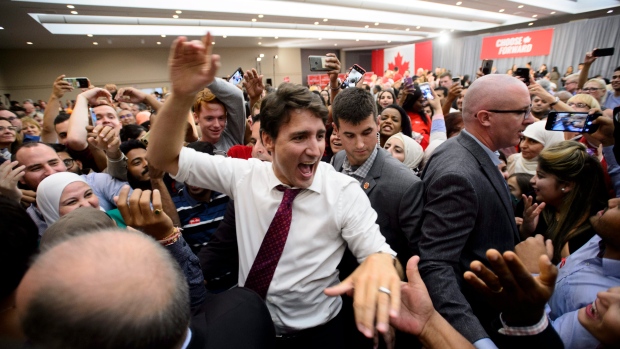 Liberal Leader Justin Trudeau kicks off in St. John's, N.L., with an announcement at a parent-and-child centre before heading to Prince Edward Island for a rally at thr farm of longtime Liberal MP Lawrence MacAulay.

At the same time, NDP Leader Jagmeet Singh is due at a non-profit housing complex in Ottawa for an announcement with a candidate, Emilie Taman, who's hoping to take a downtown seat away from the Liberals' Catherine McKenna.

Then Singh goes to northern Ontario to hit a plowing match and host a town hall in Sudbury.

Conservative Leader Andrew Scheer is in Winnipeg, making a policy announcement at a beauty school.

His departure to the city was delayed after his chartered plane encountered a mechanical issue.

The Greens' Elizabeth May is to talk about her party's plans to protect Canadians' privacy at the high-tech University of Waterloo.

And Maxime Bernier of the People's Party is spending a second day in New Brunswick, taking part in a meet-and-greet with a candidate in Fredericton.