Hundreds of Toronto Hydro customers in Etobicoke still without power 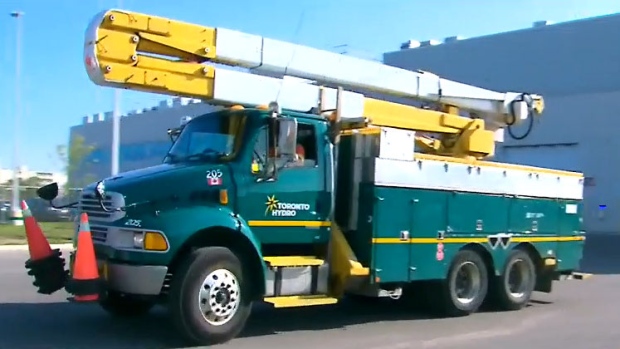 About 700 Toronto Hydro customers in Etobicoke were still without power Monday night as crews worked to repair an outage caused by an underground cable fault.

Toronto Hydro said that the cable fault is the result of water damage that was first discovered overnight.

The outage is affecting customers in an area bounded by Bloor Street to the south, Eva Road to the north, The East Mall to the east and The West Mall to the west.

“Crews overnight were isolating these cable and preparing for their work area which included pumping out water from a couple of underground cable chambers,” Toronto Hydro spokesperson Russell Baker told CP24 on Monday morning. “Crews have done this now and they have successfully removed all the water and are now running a series of new cables underground, all of which need to be watertight. These repairs are complicated and do take time and care to do them properly. We cannot rush this work.”

Baker said that Toronto Hydro continues to have enough crews on hand to respond to any significant outage, despite the global COVID-19 pandemic.

The utility originally estimated that power would restored by 4 p.m., but it was still out as of 8 p.m. and Toronto Hydro said it could last into tehn night.

"We ran into unexpected issues while trying to restore power. Crews remain on site & are actively troubleshooting. Unfortunately, the outage may continue into the late evening," Toronto Hydro said on Twitter shortly before 8 p.m.

“We know that this is a challenging time to be without power, and we thank everyone for their patience while our crews perform the complicated repairs necessary to restore power,” Baker told CP24.