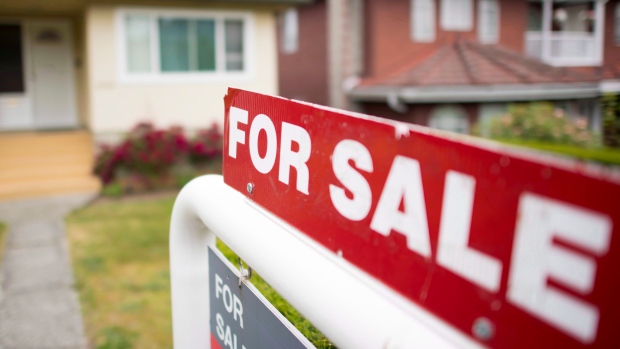 A real estate sign is pictured in Vancouver on June, 12, 2018. THE CANADIAN PRESS Jonathan Hayward

OTTAWA - The federal government is promising to pick up part of the cost of a mortgage for a new home and increase the amount of retirement savings Canadians can tap as part of budget measures unveiled today to help first-time homebuyers get into the market.

Helping people buy first homes has been a preoccupation of the Liberals since coming to office in 2015, as real-estate prices in some of Canada's largest cities have increased beyond many young would-be buyers' reach.

An estimated 1.6 million Canadian households are considered in "core housing need," meaning that people live in places that are too expensive or aren't really suitable for them.

The means-tested incentive the Liberals are promising would only be available to households with incomes under $120,000 -- or roughly $50,000 more than the median household income as calculated by Statistics Canada -- and on mortgages that are no more than four times the household's total income.

Qualifying buyers would be able to have the government pick up part of the cost of their mortgages to lower their monthly payments, with the amount of help depending on their income and whether they're buying a newly built or existing home.

Changes are also being planned to allow Canadians to raise the amount they can pull from their retirement savings plans to fund the purchase of their first homes, from $25,000 to $35,000, and to allow people whose marriages or common-law partnerships break down to dip into those savings a second time.