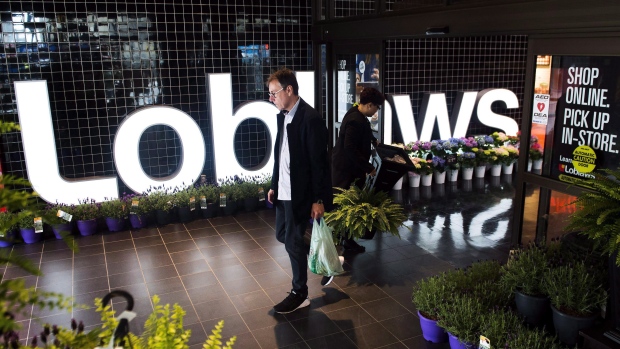 A man leaves a Loblaws store in Toronto on Thursday, May 3, 2018. THE CANADIAN PRESS/Nathan Denette

The Office of the Privacy Commissioner of Canada says its investigation found Loblaw failed to explain to people that sensitive information like driver's license numbers, birthdays and digital photos could be redacted, while a name and address were needed to verify an identity.

Loblaw offered the $25 gift card as a goodwill gesture after admitting it participated in an alleged industry-wide arrangement to co-ordinate bread price increases.

The commissioner's office said in a statement that Loblaw took steps to limit the information it was collecting during the investigation and it was satisfied with those measures.

The investigation also found Loblaw did not need additional consent for its transfer of name and address information for processing, and that the grocer was sufficiently transparent about transferring data to the U.S. and El Salvador.

Loblaw spokeswoman Catherine Thomas said in a statement that the retailer welcomes the finding that any concerns with the program's privacy and anti-fraud safeguards “were either not well founded or resolved.”

Companies in this story: (TSX:L)