Male, female rushed to hospital after shooting in Pelham Park 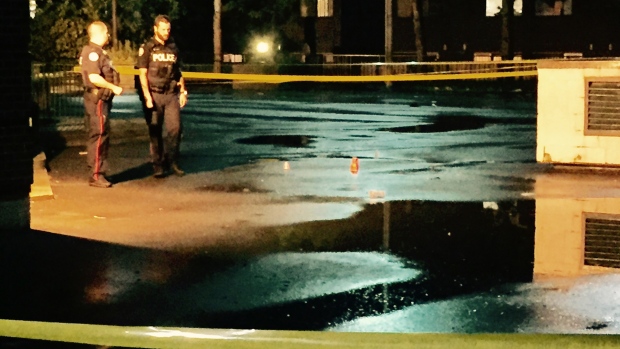 Two teens have been taken to hospital, one with serious injuries, after a shooting in the Pelham Park area.

Shots rang out near Pelham Avenue and Osler Street, in the Keele Street and Dundas Street West area, shortly before midnight on Sunday night.

Toronto police said two victims – a male and a female – were located after four to five gunshots were heard in the area.

A 17-year-old female was transported to a trauma centre with a gunshot wound to the back, Toronto Paramedic Services said. She was described as being in serious but stable condition.

A 19-year-old man was taken to a local hospital with serious, but less severe injuries, paramedics said.

There was no immediate information on possible suspects.