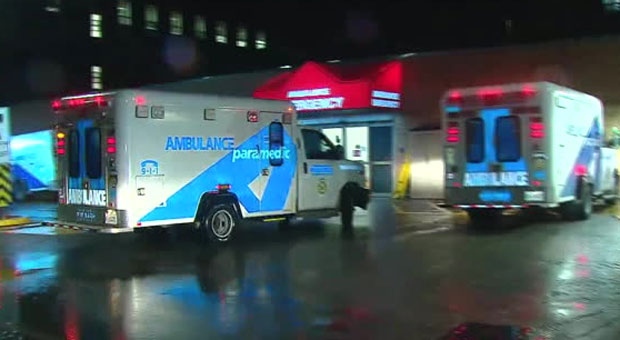 One male has been taken to hospital with serious injuries after a shooting in North York.

Police say a male victim has been rushed to hospital with serious injuries following a shooting in North York late Thursday night.

The incident occurred near Falstaff Avenue and Jane Street shortly after 10 p.m.

Paramedics told CP24 that a male victim was transported from the scene to hospital. His injuries are not believed to be life-threatening, according to police.

Investigators have not released any information on possible suspects.

Officers are also investigating whether a collision in the area is connected to the shooting.