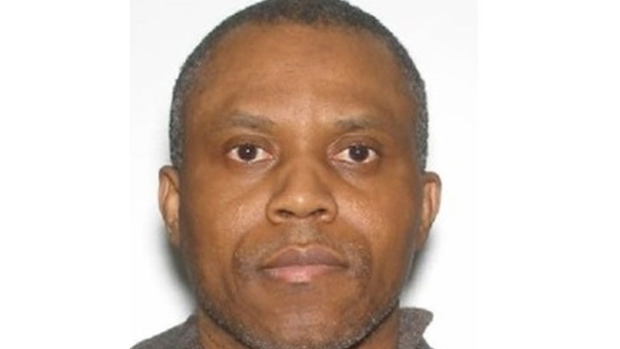 Toronto police are asking for the public’s assistance in locating a man wanted in connection with a fraud and identity theft investigation in the United States.

Investigators said on Sunday that a Canada-wide arrest warrant was issued for the 52-year-old man, who is facing charges related to a “complex bank fraud and identity theft investigation” in Ohio.

The suspect was arrested on a provisional arrest warrant for extradition in the United States on Feb. 5, 2018 before he was released on bail to live in Brampton on March 13, 2018. He then attended court in Brampton on July 30, 2018 for an extradition hearing where a judge said he would make a decision after they broke for lunch. But, after lunch the suspect did not return to court, police said.

The judge then entered his ruling despite the suspect not being there and ordered him to be committed to custody pending extradition.

According to officers, he is a permanent resident of Canada and is originally from Nigeria.

Police said he is believed to currently be in Canada. He has family and friends in the Greater Toronto Area and is known to go by multiple names, including Eric Igbinoba, Osabowven Obika and Igbinoba Osavonwen, according to investigators.

Anyone with further information regarding Enazena’s whereabouts is asked to contact police at 416-951-6850 or Crime Stoppers anonymously at 416-808-5930.