Man in critical condition, another seriously injured after shooting in Etobicoke 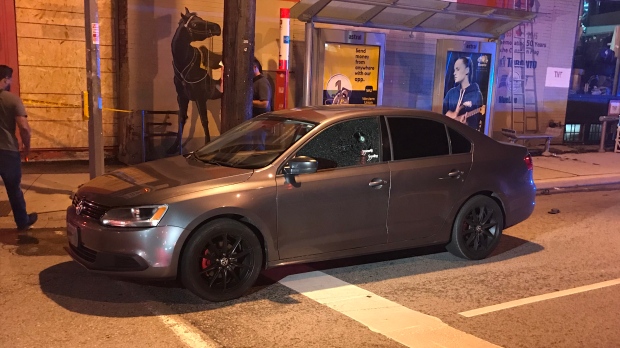 A man has been critically injured, and another has serious injuries following a shooting in south Etobicoke Saturday night.

It happened in the area of Islington Avenue and Lake Shore Boulevard West just before 11 p.m.

A man in his 20s was taken to a trauma centre in life-threatening condition, paramedics said.

Another man in his 20s was also transported to a trauma centre in serious but non-life-threatening condition.

Police said they are looking for at least three male suspects who were seen in a dark-coloured four-door sedan.

The intersection is closed for a police investigation.