Man in his 50s injured in stabbing at Brampton plaza; one person in custody 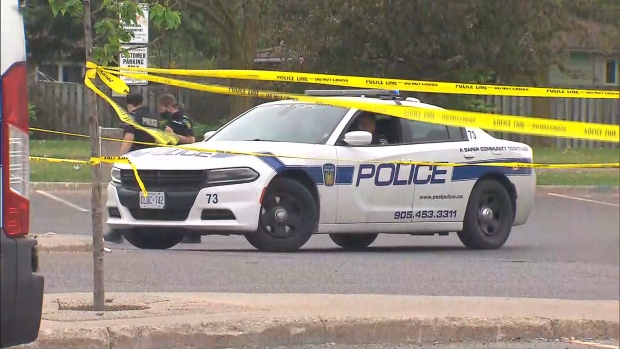 Peel police are investigating a stabbing in Brampton.

A man was stabbed while trying to stop a person from forcibly taking a bike from a young person at a plaza in Brampton Wednesday afternoon, Peel police say.

Emergency crews were called to the plaza’s parking lot in the area of Eastbourne and Balmoral drives, west of Torbram Road, just after 4 p.m.

Peel paramedics said a man in his 50s was transported to a trauma centre in critical condition.

His condition has improved, and his injuries are now considered non-life-threatening, police said in an evening update.

One person was taken into custody.

WEAPONS CALL
- Eastbourne Dr / Balmoral Dr #Brampton
- adult male has been stabbed and is being transported to trauma centre
- Unknown extent of injuries
- 1 person is in custody
-C/R 4:06pm
- 21-0174769