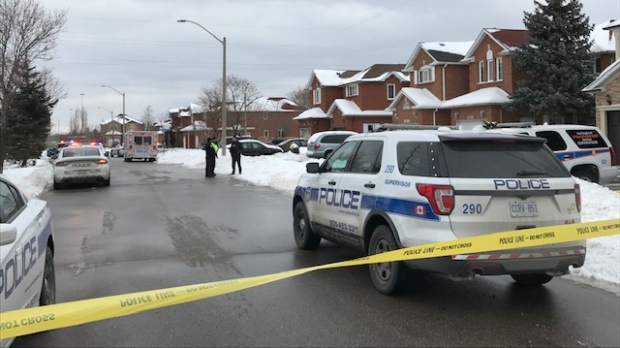 A man is in critical condition in hospital after a daylight shooting in northeast Mississauga on Tuesday afternoon.

Peel Regional Police say they were called to Full Moon Circle and Pemmican Trail, in the Eglinton Avenue West and Kennedy Road South area, at 12:56 p.m. for a report of a male who was shot.

Paramedics said they arrived to find a male victim with at least one gunshot wound. He was taken to a hospital trauma centre for treatment.

His injuries are described as life-threatening, police said.

Investigators did not release any suspect information but said a large number of officers were conducting a search of the area.

Officers attended a home in the area thought to be involved in the shooting, but have since cleared the scene.