Man injured after shooting near Yonge and Sheppard 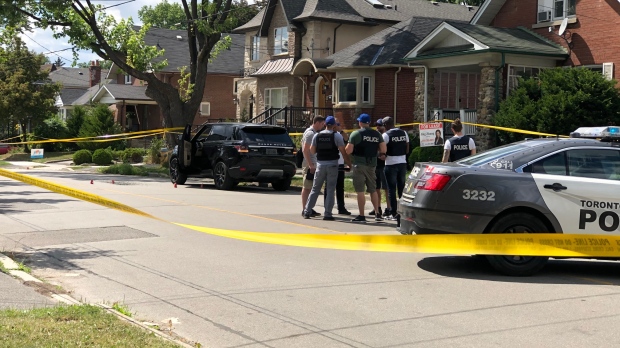 Toronto police are investigating a shooting in the area of Yonge and Florence on Sunday afternoon. (Peter Muscat)

Toronto are investigating after a man was shot in the leg in North York on Sunday afternoon.

Toronto police said they received calls about a firearm discharge in the area of Yonge Street and Florence Avenue, just south of Sheppard Avenue West.

When police arrived, they found a vehicle with several bullet holes.

Police said a man walked to a hospital with non-life-threatening gunshot wound believed to be related to the shooting.