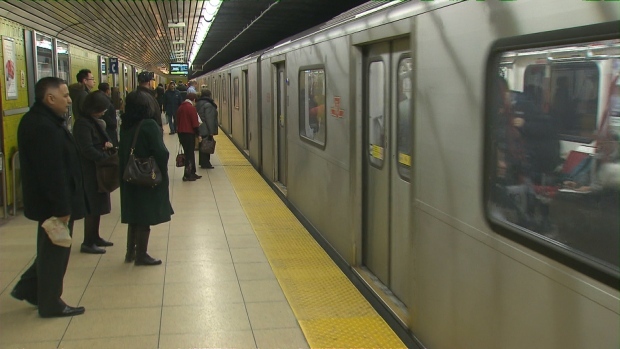 A 23-year-old man has been ordered to serve close to three months in jail for threatening a TTC employee with a knife.

The incident occurred on Dec. 29 at Bloor-Yonge Station.

According to a news release sent out by the TTC Thursday, a man was smoking a cigarette and drinking on the subway platform at the downtown station when a TTC operator asked him to leave. The man then went in to his backpack and pulled out a knife.

Toronto police officers and TTC special constables apprehended the man as he was leaving the station.

Tyrell Brown, 23, previously pleaded guilty to carrying a concealed weapon in connection with the incident and has been sentenced to 87 days in jail. He was also placed on probation for one year.