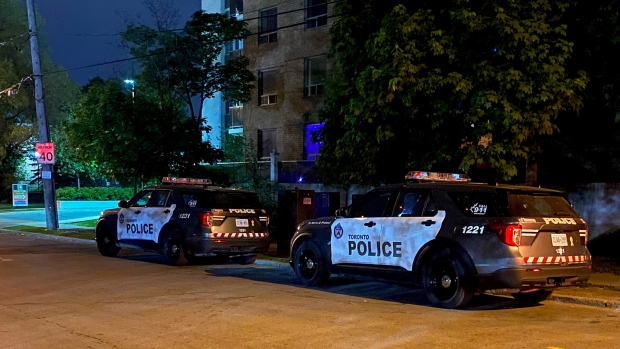 Police are seen outside a condo on Harding Avenue in Toronto after a man was stabbed on May 20, 2021. (Mike Nguyen/CP24)

A 20-year-old man is in serious condition in hospital after he was stabbed in a condo in North York early on Thursday morning.

Paramedics said they were called to 5 Harding Avenue, on Jane Street south of Lawrence Avenue West, at 12:45 a.m.

They arrived to find a man suffering from non-life-threatening injuries.

He was rushed a hospital trauma centre for treatment.

Police say the victim was stabbed once during a fight in a hallway inside the condominium.

The suspect fled the scene before emergency crews arrived.