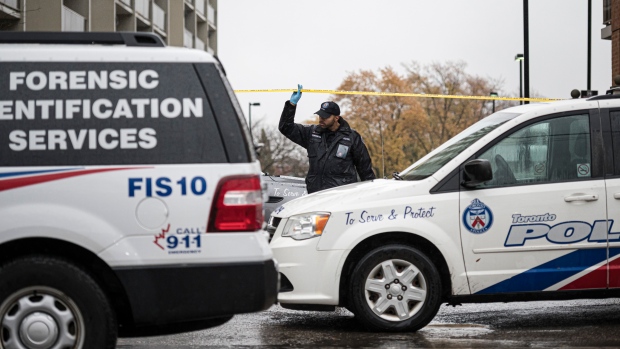 Police investigate a crime scene in the west-end of Toronto, Thursday, Oct., 31, 2019. THE CANADIAN PRESS/Christopher Katsarov

A man was stabbed during a fight early this morning near Toronto’s Christie Pits Park.

The incident happened shortly before 3:45 a.m. near 802 Bloor St. W., which is between Christie and Ossington avenues.

According to Toronto police, the victim was involved in a dispute with a group of suspects outside a bar.

Investigators said the victim realized he’d been stabbed after the altercation. His injuries are listed as serious, but non life threatening and he is currently in stable condition in hospital, police said.