Man stole Yorkshire Terrier after asking owner for permission to pet him: police 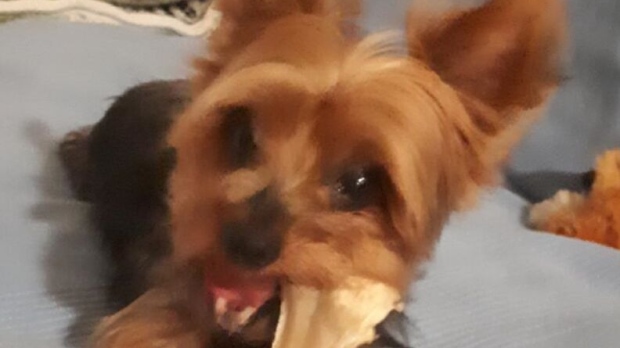 A Yorkshire Terrier named Tuzik that was stolen in Church-Wellesley Village earlier this week is shown in this handout photo. (Toronto Police Service)

Police are seeking the public’s assistance after a man stole a Yorkshire Terrier named Tuzik from its owner in the city’s Church-Wellesley Village earlier this week.

Police say that the victim, a 70-year-old man, was walking the dog in the Wood and Church streets area at around 9:30 p.m. on Tuesday when he was approached by another man.

It is alleged that the man asked to pet the dog but then picked it up, unhooked its leash and fled. The suspect is described as white, 30 to 35 years old and about six-feet-tall with a thin build and short blonde hair. He was last seen wearing a light-coloured shirt and dark pants.

As part of their investigation, police have released images of the dog in the hopes that somebody may have seen him following the alleged theft.