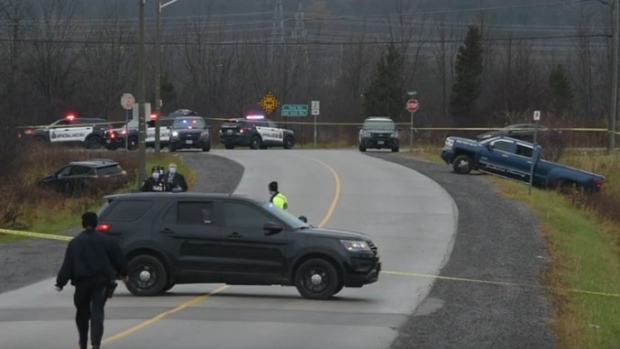 A 22-year-old man was taken to hospital and two other men have been charged following a shooting in Hamilton.

Hamilton police said they were called to the area of York and Old Guelph roads at around 9:30 a.m. Thursday morning for reports of a shooting.

Police arrived and found a 22-year-old man suffering from a gunshot wound. He was transported to hospital, where he was treated and released.

Officers spotted two males trying to flee the area and they were arrested, Hamilton police said.

In a news release issued Thursday evening, Hamilton police said the victim and the men who were charged knew each other. They described the shooting as a targeted incident and said they are not looking for any other suspects.

A 31-year-old man and a 32-year-old man — both from Hamilton — are now facing a list of charges, including assault with a weapon.

Hamilton Police did not name them.