Man wanted for attempted murder after stabbing in Etobicoke 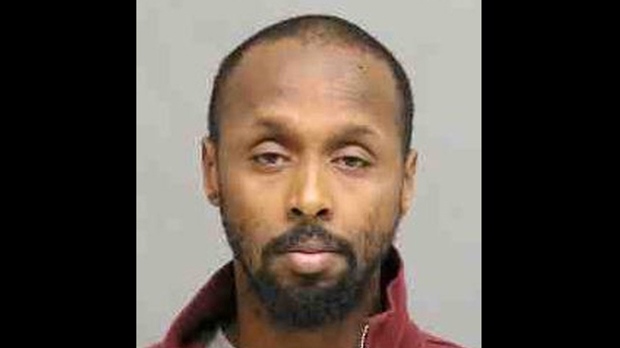 Police have identified a 37-year-old man wanted in connection to a stabbing in Etobicoke’s Six Points area last week that left a man in serious condition in hospital.

At 11 p.m. on Aug. 2, police were called to Mabelle Avenue and Dundas Street West, near Burnhamthorpe Road, for a report of a stabbing.

They arrived to find a 28-year-old male suffering from upper body injuries.

He was rushed to hospital where he remains in serious condition.

On Wednesday, police identified a suspect as Noor Osman Noor of Toronto.

He is wanted for attempted murder, aggravated assault and assault with a weapon.

Investigators say he should be considered armed and dangerous and should not be approached if spotted.

His image was released on Wednesday.