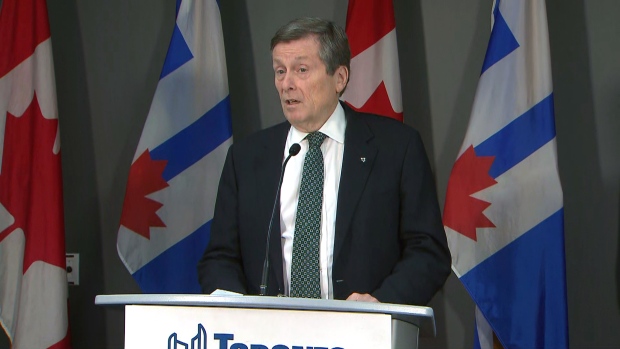 Mayors, regional chairs and police chiefs from across the GTA will sit down in Toronto on Tuesday to discuss a rise in gun violence and how governments can work together to combat it.

The meeting, which was convened by Toronto Mayor John Tory, will take place at city hall, beginning at 9 a.m.

According to a press release, the participants in the meeting will be discussing “the unacceptable increase in incidents of gun violence” in the GTA and “what all governments can do to ensure more collaborative and coordinated efforts to tackle gun and gang violence.”

The meeting will be attended by the mayors of Toronto, Brampton, Mississauga, Pickering and Markham as well as the regional chairs for Peel, Durham and York regions. Representatives from the provincial and federal governments will also be on hand, as will the chiefs of police for the Toronto, Durham, Peel and York police services.