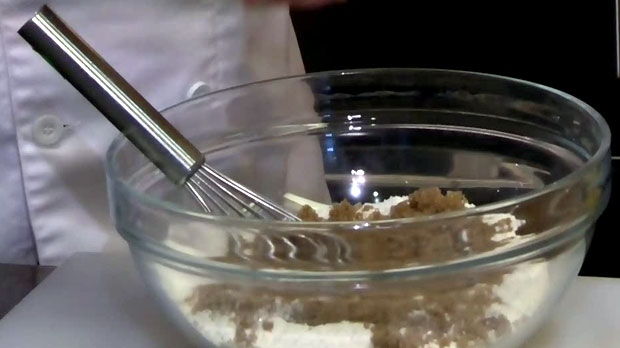 A file image of a person baking is shown.

TORONTO -- A Toronto-area flour company has been ordered to pay $25,000 for misrepresenting a cake mix as kosher, after an Ontario court said the move could cause "spiritual trauma" to consumers who bought the product for religious reasons.

A small-claims court found earlier this month that Adee Flour Mills breached its contract with the Kashruth Council of Canada, one of the country's biggest kosher certification agencies, by misusing its logo on a devil's food cake mix that was not, in fact, certified as kosher.

Deputy Judge Lai-King Hum ordered the Mississauga, Ont.-based company to pay the council $20,000 for the breach and the harm it caused to the council's reputation, as well as $5,000 in punitive damages for the potential harm to consumers.

"I find the defendant Adee's actions are highly reprehensible, departing markedly from the ordinary standards of decent behaviour, as there is foreseeable harm to the innocent consumer."

The deputy judge did not, however, order the company to stop selling the products and pull them from stores, saying such orders are outside the small-claims court's jurisdiction.

Richard Rabkin, the Kashruth Council's managing director, said the organization has reached out to others in the kosher community to alert them of the issue with the product.

"I think the message is loud and clear here, that a company that engages in this sort of behaviour is unacceptable," he said in an interview.

He stressed it's "extremely uncommon" to see a company act in this way, noting that most are happy to comply with the kosher program in order to market their products to those consumers.

"This was obviously an exceptional situation where you had a company that was basically flouting the law and doing so even after they had been advised and representing themselves as kosher when they weren't," he said.

Adee could not immediately be reached for comment. The company did not file a defence in the case, according to the court decision.

The document shows Adee was granted kosher certification in May 2016 but it was revoked more than a year later after the company failed to pay the annual certification fee, despite several calls and emails from the council.

In April of last year, the council learned that one of its rabbis found one of Adee's Easy Bake devil's food cake mixes bearing the kosher certification logo during a routine inspection at a factory store, the decision said.

The council testified that Adee products with the logo continued to be sold as late as November, it said. The organization argued that diluted its trademark and undermined its reputation.

It's not the first time a company has been accused of trying to pass off products as kosher.

A Toronto-area food manufacturer and distributor was charged in 2017 after allegedly forging documents to knowingly sell non-kosher cheddar cheese to Jewish summer camps in the summer of 2015.

Creation Foods Co. was fined $25,000 after pleading guilty to two counts of contravening the Food and Drugs Act, according to a release by the Canadian Food Inspection Agency.

The agency said at the time it was the first case in Canada brought before a provincial court in connection with the misrepresentation of a kosher food product.

"The fine is significant and may lead to improved future compliance under this statute," it said.