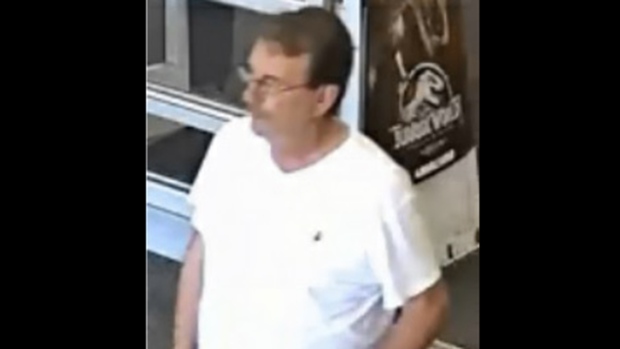 Peter Melegos, 74, is shown in an undated surveillance camera image.

A 74-year-old Mississauga man is facing more than a dozen charges relating to women discovering used condoms tied to their cars in parking lots in that city over the past two years.

After an investigation, police said a suspect identified as Peter Melegos was arrested on Monday and charged with 11 counts of mischief, two counts of criminal harassment, one count of committing an indecent act and one count of voyeurism.

Melegos was released on a promise to appear and will return to court in Brampton on Sept. 18.

Investigators say they believe there are other incidents that have occurred in other GTA cities.

Melegos is described as five-feet-eleven inches tall with a light complexion, medium build and receding hair.

He wears thin-framed glasses and is known to drive a black Honda CR-V.

Anyone with information about incidents similar to those described is asked to call police at 905-456-5840.