Montreal parents livid after kindergartener forced to scrub her own pee 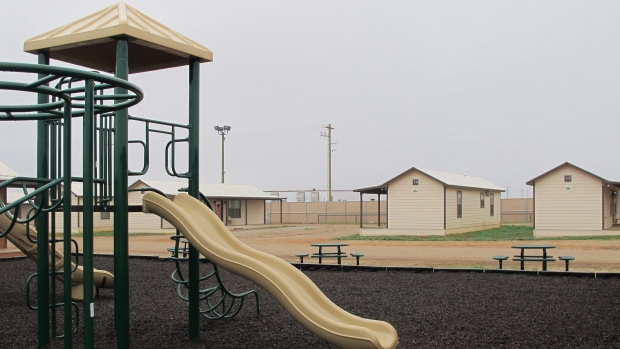 A playground is pictured in this file photo. (AP Photo/Will Weissert)

MONTREAL - The parents of a Montreal pre-kindergarten student want a school board to act after their four-year-old daughter was forced to clean up her own urine following an accident on the playground last week.

Sindy Moise says a daycare supervisor gave her daughter a brush and a bucket of soap water and had her scrub the spot on all fours before bringing her inside to change her during the lunch hour on April 25.

In an interview Wednesday, Moise said she has since met with officials at Ecole Montcalm and claims the supervisor was unapologetic.

She said the employee called her methods “educational” and that the scrubbing was merely symbolic.

Her daughter returned to school after a few days at home and the institution has said there will be no contact between the girl and the daycare supervisor.

Moise said she's angry her daughter was humiliated and wants the employee dismissed.

“I have a lot of anger because I don't understand how someone who works with children - and I'm a educator myself - can tell me it's educational,” she said.

The girl's father, Dietrich Banzouzi, described the treatment of his daughter as “unacceptable.”

The Commission scolaire de Montreal confirmed in a statement that school officials met with the parents and that the employee's actions are not the type of behaviour sanctioned by the school board.

“Rest assured that this is not a practice at the CSDM and we deplore this action,” the board said, adding it will follow up with the employee in question.

Moise, who sits on the school's governing board and has an older child who also attends the same institution, is adamant that action should be taken.

“She had no remorse - she told us, 'It's our way of perceiving the situation,”' Moise said. “If you tell me that's OK, what else is being done that she qualifies as 'educational' that we don't know about?”