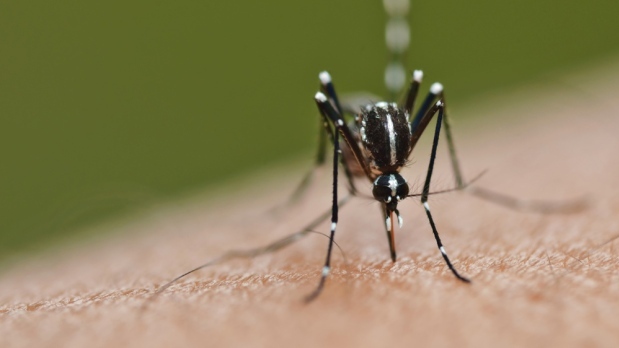 Peel Region health officials are reminding residents to protect themselves against insect bites after mosquitoes carrying West Nile virus were found in Brampton.

It is the first confirmed finding of West Nile-positive mosquitoes in Peel this year, health officials said in a statement on Tuesday.

The insects were collected in the area of Mclaughlin Road South and Steeles Avenue West.

Health officials set up mosquito traps across the region from June to September to monitor for the presence of West Nile virus in the area.

The virus is passed to humans through the bite of an infected mosquito.

According to Health Canada, 70 to 80 percent of people who get infected with the virus have no symptoms.

Milder symptoms, which can appear two to 15 days after infection, include fever, headache, mild rash, and swollen lymph glands.

Adults 50 years or older and those with underlying conditions or weaker immune systems are at greater risk.

Peel region has no confirmed human cases of the virus to date.

Although the risk of getting the virus is low, health officials said residents should always take precautions like protecting exposed skin to fend off disease-carrying insects.

Health officials also advise residents to get rid of stagnant water on their property as it is an ideal breeding site for insects.