Motorist, 22, charged after case of beer used as car seat for toddler: OPP 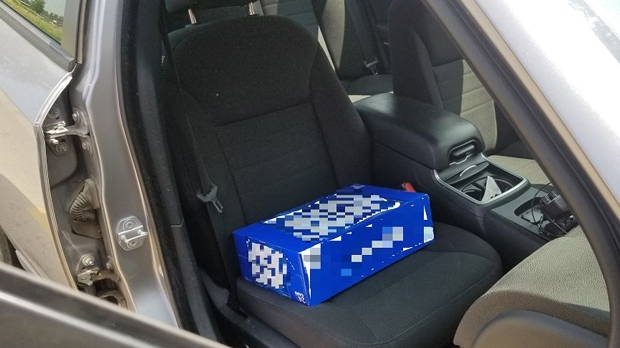 A 22-year-old man from Wellington County has been charged after police allegedly witnessed them using a case of 30 beer cans as a booster seat for a two-year-old child on Tuesday.

At about 2:30 a.m. on Tuesday morning, the OPP says an officer pulled over a sedan in Atwood, Ont., northwest of Waterloo, Ont.

“While speaking with the driver, officers observed a small child seated on a 30-can case of beer,” the OPP said in a news release issued Wednesday.

They allege the driver had put the case on the seat of his car and strapped the small child to it.

The OPP says the driver was charged with failure to ensure toddler properly secured, a Highway Traffic Act Offence.

Officers brought a suitable car seat to the motorist and also notified Family and Children’s Services.

Ontario law stipulates that all children under 80 pounds or four-feet-nine inches tall must use a booster or car seat.