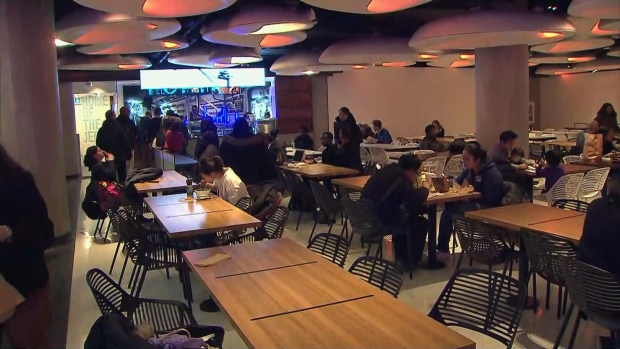 Travellers passing through Union Station today got their first look at the station’s new food court – the first area of the new lower retail level to open.

The 25,000 square-foot space opens after years of delays and cost overruns for the redevelopment of Union Station – the country’s busiest transportation hub.

The Union Food Court – accessible through the GO York Concourse and the York West Teamway – features 10 new food retailers and sitting room for more than 600 patrons.

In a news release, the city said that the new space will also be used to live-stream sporting events, music performances and major events. A Toronto Public Library digital kiosk is also planned.

The new food court was constructed in new space created by excavating under the York Concourse. Over the course of the next year, work will continue on the Great Hall, the VIA Concourse, the new Bay Concourse and lower retail level as part of the station’s $800-million revitalization.

Some 300,000 visitors pass through Union Station every day, according to the city.