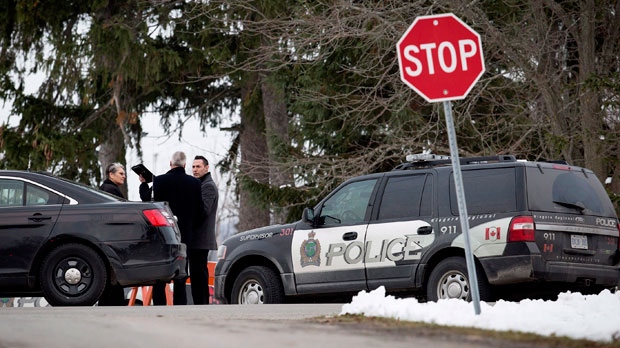 The Niagara Regional Police officer who drew his handgun at a fellow officer during the course of an argument on a roadway in Pelham, Ont. on Thursday afternoon fired multiple rounds, the province’s Special Investigations Unit (SIU) said Friday.

The two officers were on Roland Road, west of Niagara Falls, collecting evidence for a vehicle collision that occurred there earlier this month.

At about noon, the SIU says, the two officers became “involved in an altercation,” where one officer “discharged his firearm multiple times.”

The other officer, a 52-year-old man with 28 years of experience with Niagara police, was struck. He was later airlifted via Ornge ambulance to Hamilton General Hospital in critical condition.

The SIU says he is now in stable condition.

As a result, the SIU has designated the victim in the incident, along with 12 other officers who rushed to the scene, as witness officers.

The officer who fired his weapon has been designated as the subject of the investigation.

A parallel OPP investigation has been launched into the incident to ensure police procedure was followed leading up to the incident.