No injuries after suspect robs bank in Thornhill 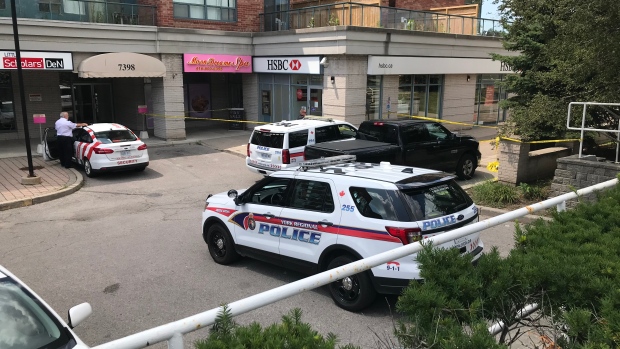 Police are shown at the scene of a bank robbery investigation in Thornhill.

Police say nobody was injured after a suspect robbed a bank in Thornhill on Tuesday afternoon.

York Regional Police Const. Andy Pattenden says officers were called to an HSBC branch on Yonge Street, south of John Street at 12:08 p.m. for a report of a robbery.

The suspect reportedly brandished a handgun and threatened to fire it inside before fleeing the scene in a vehicle with an unspecified amount of cash.