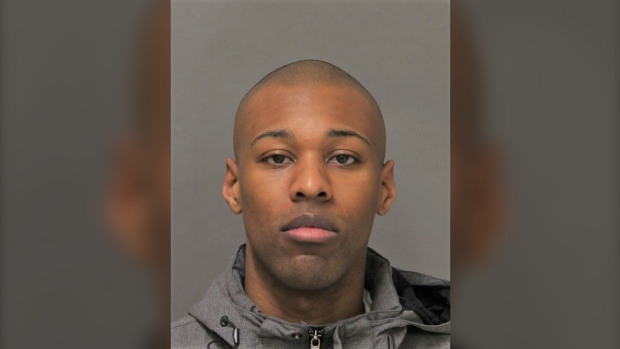 Nathan Graham, 26, of Toronto, is shown in this handout photo. (Toronto Police Service)

A North York middle school teacher has been arrested and charged in connection with the alleged sexual assault of multiple students this past fall.

Police say that the suspect was employed by the Toronto District School Board and was working as a French teacher for Grade 6 and 7 students at Donview Middle Health and Wellness Academy when the alleged offences took place.

Police allege the assaults occurred against “several pupils on multiple occasions” between September and October, leading to a months-long investigation.

Police say that prior to his time at Donview Middle Health and Wellness Academy, the accused worked for three years at Alexander Stirling Public School in Scarborough.

Letters have since been sent to parents at both Donview Middle Health and Wellness Academy and Alexander Stirling Public School to inform them about the allegations against the suspect.

The accused has also been placed on home assignment pending an investigation into the allegations.

“While it is important to remember that laying criminal charges does not constitute guilt and that a person is innocent until proven guilty in a court of law we also cannot and do not take these allegations lightly,” the letter to parents states. “We know that this situation may be upsetting for some students and will ensure that supports are in place for them.”

The accused is scheduled to appear at Toronto North Courts to answer to the charges on March 16.