One person taken to hospital after fire at Scarborough apartment building 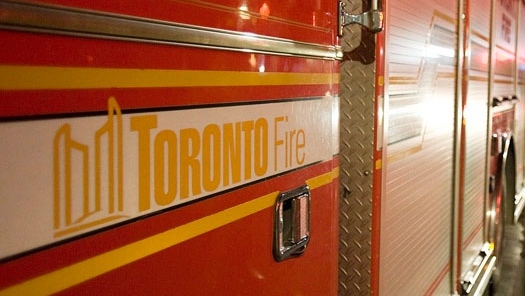 One person is in hospital after a two-alarm fire at a Scarborough apartment on Sunday afternoon.

Toronto Fire said they were called to a building in the area of Bertrand Avenue and Kennedy Road around 5:20 p.m. after smoke was seen billowing out of a sixth-floor unit.

Firefighters have since knocked down the blaze inside the apartment.

Toronto Fire said all occupants of the unit made it out.

One person suffered smoke inhalation and was transported to hospital in serious condition, Toronto paramedics said.