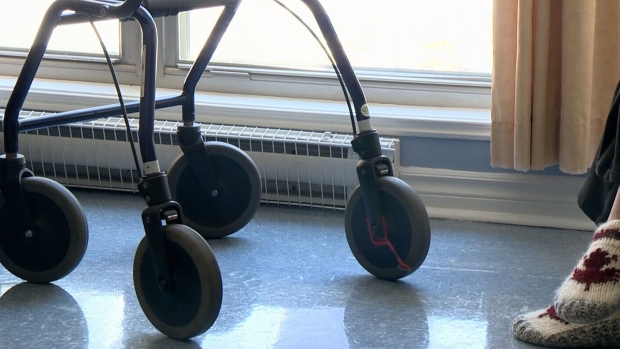 TORONTO - Ontario plans to double maximum fines for long-term care offences and prohibit convicted rule-breakers from working in the sector in an effort to ramp up accountability and improve care for residents.

“It's a very clear message to organizations that are running these homes, that we have an expectation that they're going to live within the rules,” Long-Term Care Minister Rod Phillips said in an interview before introducing the bill.

“You must operate within the rules or there will be consequences.”

The long-term care sector was devastated by the pandemic, logging more than 15,000 infections among residents and more than 4,000 deaths.

Anyone convicted of an offence under the new legislation, or under existing rules, would be barred from working, volunteering or sitting on the board of a long-term care home.

The legislation also would give the minister power to suspend - rather than revoke - a home's license and install a supervisor without having to close the home and disrupt care for residents.

The legislation also would mandate that homes have an assigned, trained leader for infection prevention and control programs, which are to be audited by inspectors.

The government announced plans earlier this week to double the inspector workforce by next fall. The new legislation would allow inspectors to lay immediate charges at homes.

Another section of the legislation would mandate quarterly reporting about quality indicators in homes and standardized yearly surveys of residents and families.

Other efforts to improve transparency include regulations to come at a later date defining the roles of caregivers and medical directors and creating a quality centre that will focus on researching best practices.

The legislation comes after a commission into COVID-19 in Ontario long-term care homes found that lack of preparedness and decades of neglect contributed to the devastation in the sector during the pandemic. That commission's final report called for reforms to protect residents in the future.

Thursday's legislation would also require the minister of long-term care to report annually on the Progressive Conservative government's targets to reach an average of four hours of direct daily care per resident by 2025.

To achieve that goal, the government plans to spend billions of dollars to hire more staff, including through recently announced programs aimed at attracting nurses and personal support workers.

Unions have pointed to low wages as one key factor behind chronically low staffing levels in long-term care. The government announced Thursday it would extend a temporary $3 wage increase for personal support workers until the end of March.

Premier Doug Ford has said he will make the wage increase permanent but hasn't said how or when that will happen. Phillips said Thursday that he thinks the government's hiring targets are achievable despite the wage increase still being temporary.

“We've committed to making sure that personal support workers are paid fairly for the very tough work they do,” he said.

A union representing frontline workers slammed the government for only temporarily extending the wage increase.

“It's just cruel to string PSWs along a few months at a time instead of providing them with the certainty of a secure job,” SEIU Healthcare president Sharleen Stewart said.

This report by The Canadian Press was first published Oct. 28, 2021.