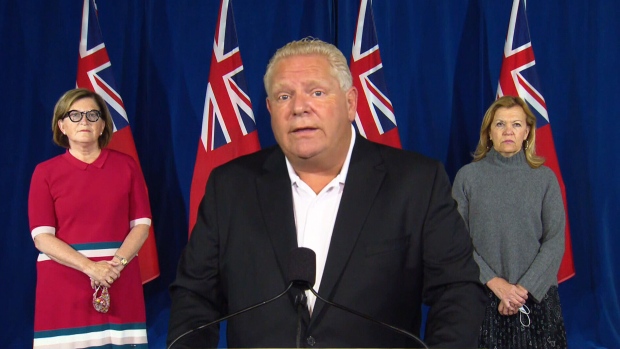 Ontario's top health officials will meet to decide whether additional regions need to revert to a modified version of Stage 2.

"They will be considering the data for all the health units in Ontario and whether any changes need to be made," Yaffe said.

The three regions currently in a modified Stage 2 are Toronto, Peel Region and Ottawa. Among a number of measures, the new restrictions ban indoor dining and force gyms to close.

But on Wednesday, areas like Hamilton and York Region reported more COVID-19 cases than Ottawa.

Yaffe said a number of different factors will go into deciding whether regions like these need to implement new restrictions.

She said the public health team will consider the percent positivity rate on tests, the case rate per 100,000 people and reproductive numbers.

In the province-wide data reported on Wednesday, it was 3 per cent, which Yaffe calls "worrisome."

"It indicates that we see transmission in the community," she said.

Ontario reported another 721 cases of COVID-19 on Wednesday, marking a slight decline from the number of infections logged a day earlier.