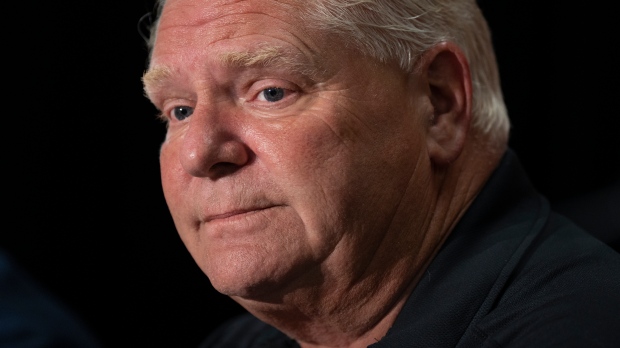 Ontario Premier Doug Ford has said Hydro One is on standby to provide further support to residents in Atlantic Canada who find themselves without electricity after post-tropical storm Fiona.

“Hydro Ottawa crews are on their way to Nova Scotia this morning to help with repairing the damage caused by Fiona,” Ford said in a message on social media.

“Ontario will continue to be here to help our friends in Atlantic Canada.”

Ottawa Mayor Jim Watson confirmed over the weekend that 10 to 15 Hydro Ottawa line technicians would travel to Nova Scotia in the next few days to provide assistance.

“At this point this is what the local power company needs from us. If they require more we will be on standby to offer more crews,” Watson said Sunday.

The post-tropics storm Fiona left nearly 500,000 people across the Maritimes without power. By early Monday morning, the number of customers without electricity had dropped to under 300,000.

Officials say most of those customers are in Nova Scotia and it could take days before the power is restored.

The Canadian Armed Forces have also been deployed to help with the recovery efforts.

This isn’t the first time Ford has offered to help residents in Atlantic Canada. As the storm ravaged the coast of Newfoundland, Nova Scotia and Prince Edward Island, the premier posted on Twitter saying that “Ontario is here to help however we can.”

“During my recent trip out east, I was amazed by the sense of community,” Ford said. “I got to know some of the nicest, most generous people I’ve ever met. I’m wishing safety to all my friends in Atlantic Canada.”

Hydro Ottawa crews are on their way to Nova Scotia this morning to help with repairing the damage caused by Fiona. Hydro One is on standby to provide further support as needed.

Ontario will continue to be here to help our friends in Atlantic Canada.

At least two people have been reported deceased following the storm.