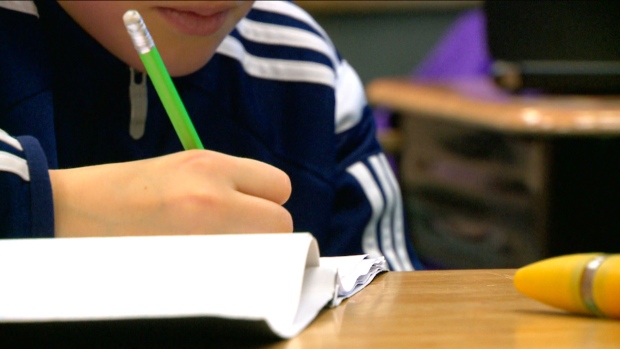 TORONTO - Ontario has removed language about racism and colonialism from text accompanying its math curriculum.

The government would not confirm when the changes were made, but they appear to have followed the publication of recent media reports that highlighted a section referring to the content, context and importance of math as subjective.

It had said “mathematics has been used to normalize racism and marginalization of non-Eurocentric mathematical knowledges, and a decolonial, anti-racist approach to mathematics education makes visible its historical roots and social constructions.”

That section has been removed from the preamble to the curriculum, as have mentions of “anti-racist and anti-oppressive teaching and learning opportunities,” and “the colonial contexts of present-day mathematics education.”

One paragraph was added in the edits, which reads, “The curriculum emphasizes the need to eliminate systemic barriers and to serve students belonging to groups that have been historically disadvantaged and underserved in mathematics education.”

“Let us be clear: curriculum changes should not be made unilaterally behind closed doors to appease (Premier Doug) Ford's insiders,” Marit Stiles and Laura Mae Lindo wrote in a statement.

“The Grade 9 math program was changed specifically because Ontario had to finally recognize that the existing system treated Black, Indigenous and racialized students inequitably. It's pretty clear we need more of an equity and anti-racism lens in schools, not less.”

A statement from Lecce's spokeswoman touted benefits of the new math curriculum, including for Black and Indigenous students, but did not answer why the recent changes were made.

“Our four year, $200-million math strategy will ensure that all students - including those students facing barriers to success - are once again learning the foundational concepts that they need to succeed in the classroom and the job market,” Caitlin Clark wrote.

“It was this Progressive Conservative government that ended streaming in the Grade 9 math curriculum - a system that disproportionately affected Black racialized and Indigenous students - along with launching new and specialized supports to ensure these students graduate, enter post-secondary education, and get good-paying jobs.”

The new Grade 9 course will feature coding, data and financial literacy, mathematical modelling and elements of STEM -- or science, technology, engineering and mathematics. It will also look at the importance of mathematics across cultures.

The course is part of a four-year government plan to change mathematics education in the province.

This report by The Canadian Press was first published July 14, 2021.