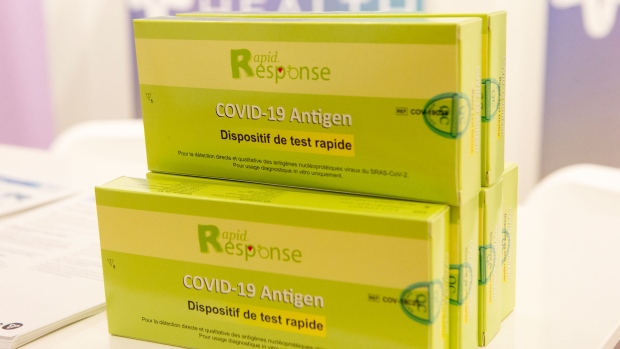 The Ontario government will continue to make free rapid tests available to the public until at least this summer.

Ontarians have been able to pick up a box of free rapid tests at more than 2,400 participating locations since February but the time-limited program was slated to end on April 8.

However, on Wednesday a spokesperson for Minister of Health Christine Elliott confirmed to CP24 that the initiative has been extended and that the province will continue providing free rapid tests until at least July 31.

The pivot comes with COVID-19-related hospitalizations up more than 20 per cent week-over-week and the head of Ontario’s science table warning that the sixth wave of the pandemic has arrived in the province.

"As an important tool that helps the province manage and live with COVID-19, the government will continue to provide free rapid antigen tests to the general public through existing channels like grocery stores and pharmacies, as well as to workplaces, schools, hospitals, long-term care and retirement homes and other congregate settings,” the spokesperson said. “The province will also continue to provide free rapid antigen tests for asymptomatic screening in highest risk sectors.”

The Ontario government has previously said that it is making about 5.5 million rapid tests available per week.

The announcement that it will keep distributing the tests until at least this summer comes after Green Party Leader Mike Schreiner released a statement, accusing the Ford government of shutting off access to testing

“The fact that Ontarians will no longer be able to get free rapid tests from pharmacies after next week is ridiculous,” he said in the statement. “Public health experts are clear that regular and accessible testing is crucial to keeping the current wave of COVID-19 under control.”