Ontario will have to shut down schools for a third time due to COVID-19 variant spread: epidemiologist 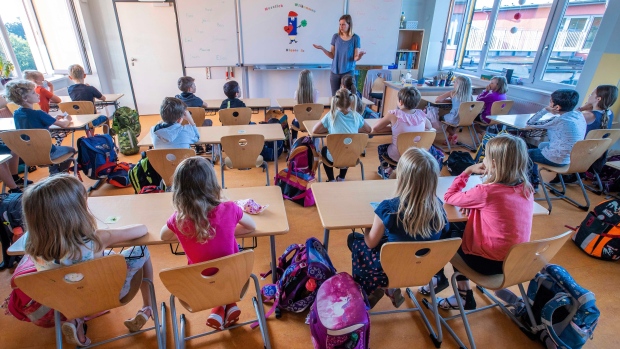 An infectious disease expert says he believes schools in Ontario will be forced to shut down once again to slow the surge of COVID-19 variant cases in the province.

Dr. Colin Furness, an epidemiologist at the University of Toronto’s Dalla Lana School of Public Health, made the prediction on Friday, a day after Ontario released updated modelling data, which suggested that the province could see as many as 8,000 COVID-19 cases per day by April, largely fueled by the spread of the more contagious variants of the disease.

“We know from the European experience that the kinds of control measures that we use are effective against the variants, we just need to maybe ramp it up a bit,” Furness said while speaking to Newstalk 1010 Friday. “I would expect us to need to have to close schools as an important measure, once the variants really pick up steam, and I'm expecting that to happen in the middle of April.”

On Thursday, Ontario’s COVID-19 Science Advisory Table presented new COVID-19 modelling data, which concluded that variants of the disease could potentially bring on a third wave of infection in the province.

The table said that the behavior of residents over the next few weeks would be “critical” in determining the quality of Ontario’s summer.

“Our ability to control the rate of spread will determine whether we return to normal, or we face a third wave,” Dr. Adalsteinn Brown, the co-chair of Ontario’s COVID-19 science advisory table, said during the modelling update.

In February, Furness predicted that the spread of COVID-19 variants would trigger an "ugly" third wave of the pandemic around April that could send Ontario into a third lockdown.

There are currently 1,081 confirmed cases of variants of concern in Ontario, including the U.K., South African, and Brazilian variant.

On Friday, Furness underscored that while he hopes his prediction is wrong, he said it appears the trends of variant spread in Ontario will make the eventual closure of schools inevitable.

“The good news is, the weather is getting warmer and vaccinations are really ramping up. So, as dire as this looks, I think it's also going to be fairly short lived. And so I really do want people to feel concerned, but also positive,” he said.

Students in Ontario have been forced to navigate COVID-19 through a mixture of in-person and remote learning since last March when the pandemic was first declared.

Most recently, the Ministry of Education announced in February that it would be postponing March Break for students and teachers from March 15 to the week of April 12 to limit community transmission of COVID-19.

In response to Furness's prediction, a spokesperson for the Ministry of Education said that its priority is to keep schools open and safe.

“Following the best public health advice, we have strengthened our screening, testing, and masking requirements to maintain the safety of students and staff from variants of concern,” Caitlin Clark told CTV News Toronto in an email.

“As we have done throughout this pandemic, we will continue to follow the advice of the Chief Medical Officer of Health.”

More than 10 per cent of known active cases of COVID-19 in the province on Friday involved primary and secondary students, according to public data.