Opposition to Nestle water taking based on misinformation, Sandals says 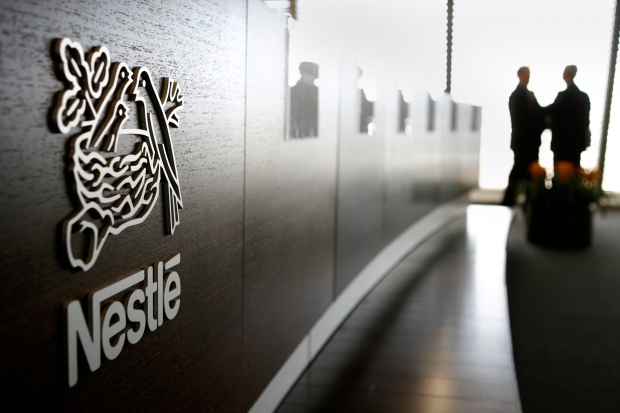 TORONTO -- A senior Ontario cabinet minister is coming to Nestle's defence, suggesting public opposition to the renewal of the multinational company's water-taking permit in a small community is based on "misinformation."

There has been vocal opposition and protests against renewing Nestle's permit in Aberfoyle, Ont., after the area 110 kilometres northwest of Toronto suffered a drought this summer that forced residents to restrict their water use.

Treasury Board President Liz Sandals, who represents nearby Guelph, said Wednesday she finds it frustrating that many residents who have been criticizing Nestle are often armed with the wrong facts.

"There's no doubt that there is a lot of concern, but my point to you is that many of the things that people will express a concern about actually turn out to be based on misinformation," she said.

Sandals said many residents didn't know that Nestle agreed to reduce water takings from Aberfoyle because of the drought, and insisted it was routine to see so many people voicing opposition to the bottled water company's permit renewal.

"It is actually always true that whenever there is a permit to take water (by Nestle) there are thousands of comments that go to the Ministry of the Environment," she said. "I think what is different this time is that it has caught more provincial media attention."

Progressive Conservative Ted Arnott, who represents Wellington-Halton Hills -- which includes Aberfoyle and Hillsburgh, where Nestle has another well -- said he thinks residents who oppose the company's permit renewal know their facts.

"My constituents are smart people who do their homework and research, and I'm not going to criticize them for expressing concerns," he said.

Arnott said local residents are expressing "anxiety and concern about whether there's enough groundwater" for the fast-growing region.

"Our groundwater belongs to everybody and we have a responsibility to protect it for today and for future generations," he said.

Guelph residents will be able speak to Nestle's application at a city council meeting Nov. 7, which was set up after one councillor moved a motion to ask the province to stop Nestle from operating in Aberfoyle.

Ontario Premier Kathleen Wynne ordered a review of the fees Ontario charges bottled water companies -- currently just $3.71 per one million litres -- before the province rules on Nestle's renewal application. It's not known when the decision will be made.

Arnott introduced a motion to have the province share revenue from increased fees or taxes for water taking with the municipalities where the water is being drawn.

In the meantime, Nestle is allowed to keep taking up to 3.6 million litres a day from the Aberfoyle well, while the government decides on renewing its old permit, which expired in July.

Nestle employs over 300 people at its bottling plant in Aberfoyle, and recently outbid the community of Centre Wellington for another nearby well it wants for "future business" but the township wanted for its drinking water supply.

There are local and international petitions opposing Nestle's water-taking permit and its purchase of the new well in Wellington Centre.

Author Margaret Atwood posted a link to one petition on her Twitter feed Wednesday, adding the headline: "Tell Nestle to get its hands off of Ontario's water supply."

The Guelph Mercury reported Wednesday that local activists are slapping red-and-yellow stickers that say: "TAP WATER! Drink it from your faucet and save 630 per cent" on shrink-wrapped packages of Nestle bottled water in local stores.