Pearson to offer therapy dogs in terminals for stressed travellers 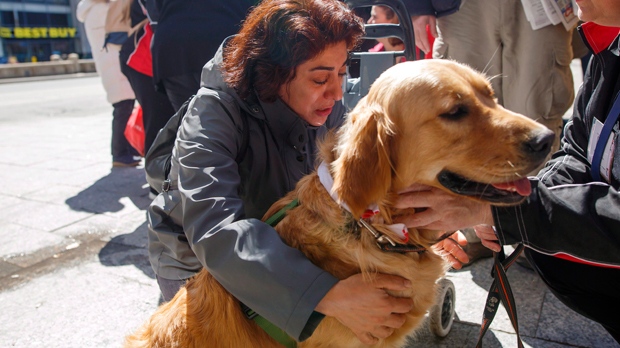 The Greater Toronto Airports Authority says 15 dog teams from the St. John Ambulance will be roaming terminals 1 and 3 at Peason International Airport on a weekly rotation in an effort to relieve travellers' tensions.

It says the dogs can be recognized by their red and white St. John Ambulance bandanas, and will be accompanied by handlers wearing blue Pearson airport vests.

The agency says passengers are welcome to approach the dogs and pet them.

It says the airport served more than 47 million passengers in 2017, making it the second-busiest North American international airport.