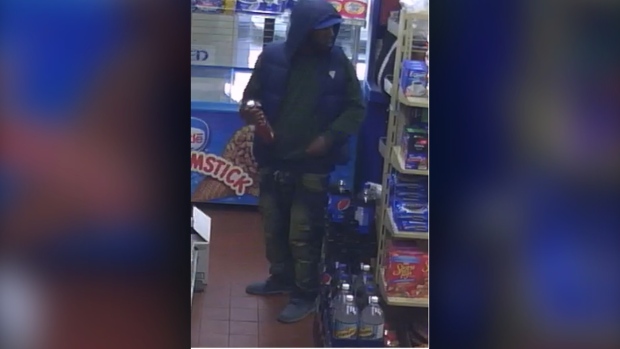 Police are looking for this man who allegedly tampered with food at a convenience store in the west-end. (Handout)

Toronto police are asking for the public’s help in identifying a man who allegedly tampered with food at a west end store.

Officers were called to Little Bee Mart located in the area of Runnymede Road and Annette Street just before 2 p.m. for a suspicious incident.

Police said a man entered the store and allegedly put an unknown substance inside a ketchup bottle and bottles of Coca-Cola.

The man then put the items back on the shelf, police said.

Officers have seized the products to be tested, police said.

Residents are being advised to use caution if they purchased items with broken safety seals.