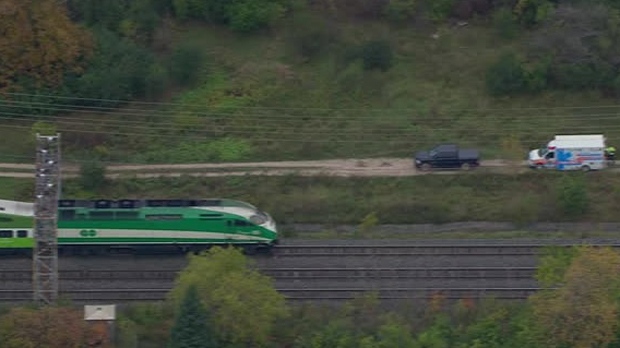 A GO train and an ambulance are seen on the Lakeshore West line east of Bronte station on Oct. 19, 2018. (Chopper 24)

GO train service was suspended between Bronte and Aldershot stations after a train struck and killed a female pedestrian east of Bronte station on Friday afternoon.

Halton Regional Police attended to the scene to conducted an investigation. The scene was cleared and the track was repoened a short time later.

Police are notifying the victim's next of kin, and will be providing no further details on the death.