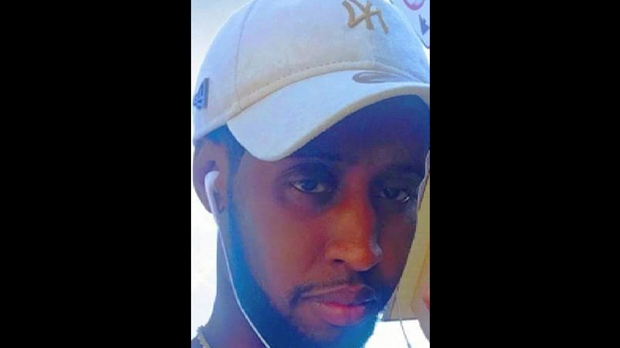 Kafi Abshir, 30, is shown in a handout image from Toronto police.

Toronto police have identified a 30-year-old man whose stabbing death in Weston early Friday morning put the city’s number of homicides for the year so far ahead of last year’s total.

Police said the victim was outside of a Toronto Community Housing building at 5 Bellevue Crescent, in the Weston Road and Lawrence Avenue at about 5 a.m. when he was attacked by a knife-wielding assailant.

The victim attempted to flee but collapsed in the middle of Weston Road.

A witness told CP24 at the time that the victim had just gotten off a bus when he was attacked.

He was rushed to hospital without vital signs but pronounced dead upon arrival.

On Friday evening, York Regional Police detained a 17-year-old male on an unrelated matter but Toronto police say they now believe the youth is responsible for the stabbing.

He will be charged on Monday.

On Saturday, investigators identified the victim as Kafi Abshir of Toronto.

A post-mortem exam is scheduled for Monday.

A police cruiser is shown at the scene of a stabbing investigation on Weston Road south of Lawrence Avenue on Friday morning. (CP24.com/Cam Woolley)