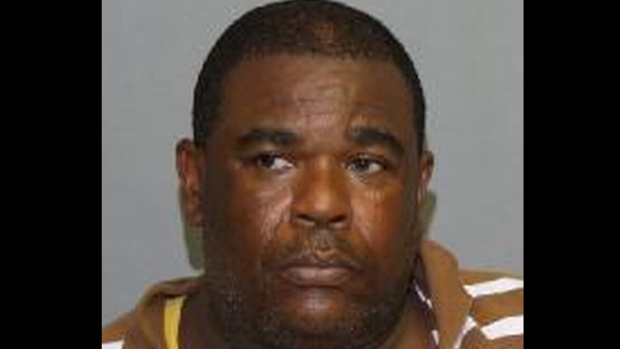 Jomo Hendricks, 58, is shown in a handout image from TPS.

Homicide detectives have identified a 58-year-old man found dead inside a burning apartment unit in Scarborough on Saturday afternoon.

On Saturday, May 16, fire crews were called to 31 Gilder Drive, in the area of Eglinton Avenue East and Midland Avenue, just before 6:30 p.m.

Upon arrival, firefighters located the blaze in a second-floor unit, Toronto Fire said.

They quickly put down the blaze and police located a male’s body without vital signs and he was later pronounced dead.

Police said at the time there were signs of trauma on the man’s body.

His death is now being treated as a homicide.

He was identified Wednesday as Jomo Hendricks.

Anyone who had contact with Hendricks in the days leading up to his death is asked to call investigators at 416-808-7400.

Toronto police are investigating a suspicious fatal highrise fire in Scarborough on Saturday, May 16, 2020.