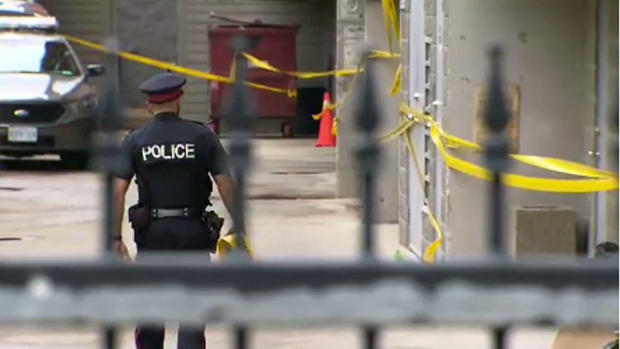 Toronto police are on scene after a 28-year-old woman was found dead inside her apartment in the West Queen West area.

Toronto police have identified a 28-year-old woman who was found dead inside her apartment in the West Queen West area on Tuesday evening.

Officers were called to 798 Richmond Street, between Strachan Avenue and Niagara Street, at around 5 p.m. for a report of a suspicious death.

Victoria Selby-Readman, of Toronto, was located suffering from obvious signs of trauma inside her rented unit on the fifth-floor of the building, a police source told CTV News Toronto.

Police confirmed her death was being investigated by homicide detectives after an autopsy was conducted on Wednesday. The cause of death has not been released.

Officers are asking anyone who may have seen or contacted Selby-Readman between June 8 and June 12 to contact investigators.