Police investigating after monkey, lemur and tortoise nabbed from zoo near Barrie 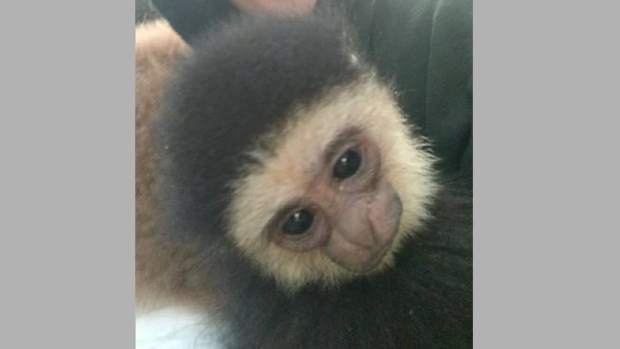 A zoo north of Barrie is appealing for help to find three missing animals that were stolen from the facility by thieves who appear to have cut their way into the facility.

The Elmvale Jungle Zoo said Tuesday that the animals were taken overnight.

“Last night we were broken into. These people who broke into our zoo stole a baby gibbon, Agnes; they stole JC, the lemur you see in the show, and the tortoise,” said Michel Persi, one of the workers at the zoo, in a tearful Facebook post. “These animals aren’t animals; they’re our family.

“We’re asking for your help. If anyone saw anything in our parking lot last night between 9 p.m. and 6 a.m. this morning, please contact Crime Stoppers.”

She added that the gibbon needs to be with her cousin, Gracey.

JC, the lemur would be familiar to regular visitors as one of the animals in the daily shows at the zoo.

Ontario Provincial Police said in a news release that the three male animals – an 18-inch tortoise, a black and white Lemur and a black Gibbon monkey – are valued at around $20,000.

OPP said they believe the break-in happened sometime between 10 p.m. last night and 6:30 a.m. this morning. They said it appears that the animal-nappers cut a hole in the chain-link fence near the flamingo pond corral to enter the zoo.

Police said the fence cutting could have bene observed by passing drivers on County Road 27 in Springwater Township.

The zoo also posted images of the animals on their Facebook page and said there will be a reward for information leading to their return.

Anyone with information about the theft is being asked to call OPP or Crime Stoppers.