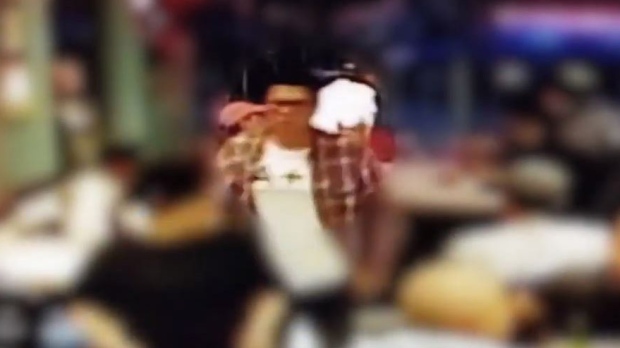 Police have released surveillance video and are looking for a suspect in connection with a stabbing outside of a bar, in September.

The incident occurred on Sept. 13, 2019 shortly after 9:00 p.m. in the area of Dundas Street West and Augusta Avenue.

It was reported that a man allegedly stabbed a 54-year-old, who was taken to hospital with serious but non- life threatening condition, after a heated argument outside of a bar.

The suspect is described as Asian, and 38 to 45-years-old. He is described to be 5’7’’, medium build, clean shaven, and with short black hair. He was wearing black frame glasses, white t-shirt, red and white checkered unbuttoned shirt, and dark coloured pants.