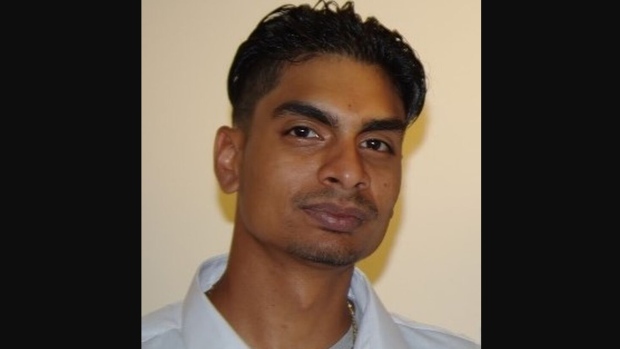 Johann Persaud, 40, is shown in a handout image from TPS.

Homicide detectives have named a 40-year-old Toronto man found dead inside a burning vehicle in a field in Scarborough last week.

On the morning of Aug. 14, police said that they were called to Steeles Avenue East and Gordon Murison Lane, on the grounds of Rouge National Urban Park, for a vehicle fire.

Firefighters doused the car and then found the body of a man in the trunk.

An autopsy revealed he was murdered prior to the vehicle fire.

Anyone who was driving in the area of the vehicle fire at the time of the incident with an active dashboard camera is asked to contact homicide detectives.

It is the city’s 49th homicide of the year.