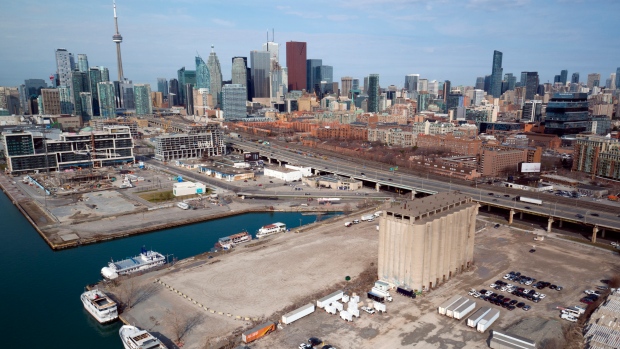 TORONTO -- Politicians and prominent business and technology leaders say plans for a high tech Toronto community led by Waterfront Toronto and an Alphabet Inc.-backed entity should be scrapped.

They are calling on the project to be revisited after a leaked report last week that revealed Sidewalk Labs' interest in laying claim to developer fees and taxes usually routed to the city in exchange for funding Toronto's waterfront transit and providing infrastructure to an area hundreds of acres larger than originally proposed.

City councillor Gord Perks says Sidewalk's pitch to fund transit confirms the public's "worst fears" about the project and he wants the three levels of government involved in approving it to halt the process.

He says the governments should consult the public on what they want done to the hundreds of acres of waterfront land in question and then move forward by separating what needs to be privately developed from what could benefit from public development.

Longtime Sidewalk Labs critic Bianca Wylie also called for the project to be cancelled because she says it lacks transparency and she is concerned about the breadth of sectors over which the company seems to want to exert its influence.

Sidewalk Labs and Waterfront Toronto tell The Canadian Press in emails that whether the project moves forward is up to residents and the government, but they value feedback and are keen on continuing to seek advice from the public.