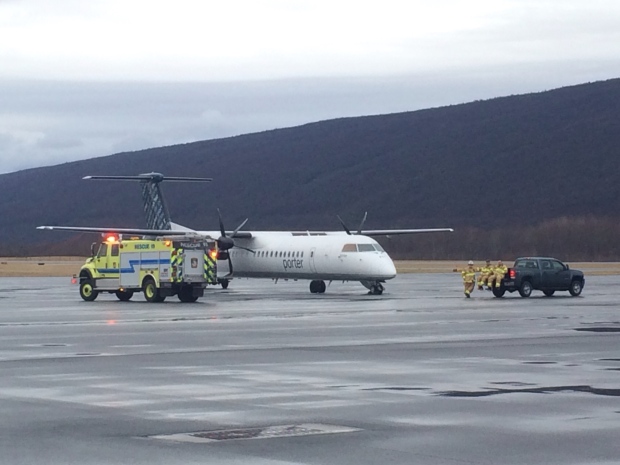 A Porter Airlines plane sits on the runway in Williamsport, Pennsylvania after being diverted from its path to Washington due to smoke in the cabin. (submitted)

A Porter Airlines flight en route to Washington D.C. was diverted Sunday after smoke was detected on-board the plane.

The flight took off from Billy Bishop Toronto City Airport at 8 a.m.

A Porter Airlines spokesperson confirmed to CP24 that the flight diverted to Williamsport, Pennsylvania after smoke was detected on the flight deck and in the cabin.

“The smoke was cleared and the aircraft landed safely without further incident,” Porter spokesman Brad Cicero said in an email.

According to online flight tracking website, FlightAware, the plane landed in Pennsylvania at 8:51 a.m.

It’s not yet clear if a formal emergency was declared by the crew. The cause of the smoke has not yet been determined, Cicero said.

He said another flight would be brought in to pick up the 66 passengers from the flight and take them on to Washington.

No one was injured in the incident, Cicero said.