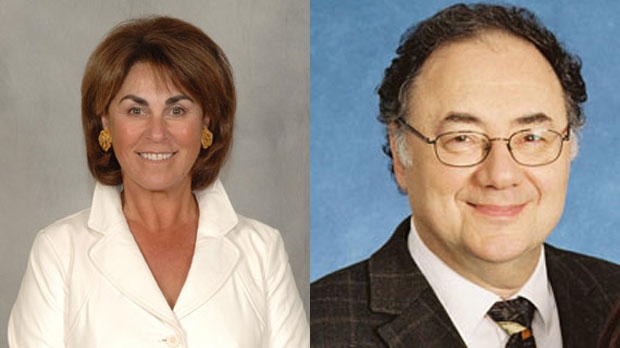 Honey and Barry Sherman are seen in these undated photos.

Private investigators hired by the family of Barry and Honey Sherman are expected to provide an update later this week on their probe into the double murder of the billionaire couple.

The two were found dead inside their North York home on the morning of Dec. 15, 2017.

They were both found with belts around their necks that were attached to a railing that was located on the deck of a swimming pool in the home’s basement. An initial autopsy found the two died of ligature neck compression, though police did not rule their deaths a double homicide at first.

At the time, media outlets instead quoted anonymous police sources that suggested that investigators believed they were dealing with a murder-suicide.

The Sherman family in turn spoke out against that suggestion and hired a team of private investigators as well as former Chief Forensic Pathologist Dr. David Chiasson.

About six weeks later, police held a news conference where they stated that they had “sufficient evidence” to categorize the deaths as a double homicide.

Few details about the case have been released in the months following that announcement, however.

The news conference at 2 p.m. on Friday will be held at the headquarters of the Apotex pharmaceutical corporation founded by Barry Sherman.

According to a media advisory, family lawyer Brian Greenspan and several members of the private investigative team will be on hand to provide the update.